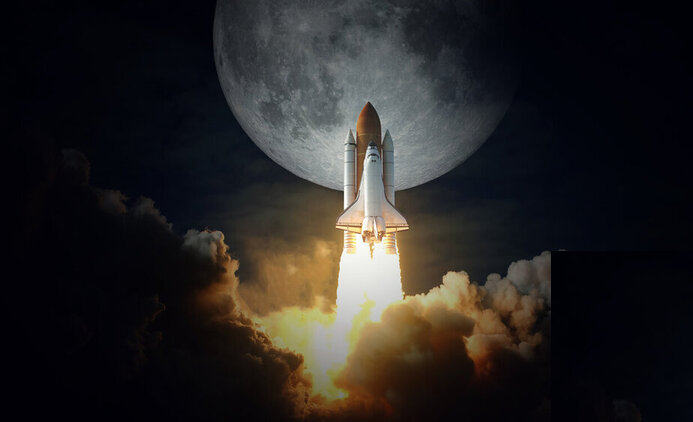 Whether or not humans will live on the Moon, Mars, or any other planet within our lifetime is yet to be determined. However, aerospace organizations such as Virgin Galactic, Blue Origin, and SpaceX (along with their renowned leaders - Richard Branson, Elon Musk, and Jeff Bezos) are committed to making that dream a reality. Extraordinary inventions in the technological world such as the rapidly reusable rocket, recently developed by SpaceX, will certainly be spearheading humanity’s upcoming space expeditions.

In a recent conversation with the National Academies of Sciences, Engineering, and Medicine (NASEM), Elon Musk shared his visions and goals for SpaceX’s super heavy launch vehicle project known as Starship. We learned early on in the conversation that one of SpaceX’s main priorities is to advance space technology so that humanity can become a multi-planetary species (NASEM). Musk stated that the new transportation system, “has the ability to move large amounts of mass such as cargo and humans and will lower the cost of space transports due to reusability.” Undoubtedly because of the spaceship’s standout features, NASA selected Starship for the transport of astronauts to the lunar surface; clearly there is a high level of faith and trust in this new project by not only Elon, but the United States government as well.

But SpaceX is not alone in their plans to commercialize space travel and create a widely available space travel option for the entire human race. Jeff Bezos’ Blue Origin and Richard Branson’s Virgin Galactic have also begun to offer trips outside of Earth’s atmosphere. For a small fee of $450,000, you can purchase a seat aboard Virgin Galactic’s SpaceShipTwo (WSJ)! And if you're fortunate enough to be in the world's top 1% of wealth, you may be able to find yourself aboard a SpaceX trip in the near future. Just a few months ago, SpaceX and Axiom Space sent four passengers to the International Space Station for $55 million a piece...just a bit of pocket change right?

Short commercial flights to outer space aren’t the only thing to look forward to when it comes down to upcoming multi-planetary expeditions. Organizations like Blue Origin and Boeing have already staked their claim for a business park in space known as Orbital Reef (Reuters). This commercial space station will be built in partnership with Sierra Space (the spaceflight wing of defense contractor Sierra Nevada Corp) and backed by Redwire Space, Genesis Engineering Solutions, and Arizona State University. The goal for Blue Origin and Boeing’s Orbital Reef is to provide the infrastructure needed to scale economic activity and open new markets in space.

As we can see from the latest updates and news from companies like Blue Origin and SpaceX, emerging technologies come in all shapes and sizes — just like our holiday gifts this year! Some of these technologies are meant to physically carry humans to the moon, while others were created to support the journey to the finish line.

Because of the mass transport abilities of rapidly reusable rockets, there is an inherent opportunity to set up a permanently occupied base on the moon (ideally a moon research station). However, as Elon stated in his conversation with NASEM, they will surely face many unexpected challenges along the way while Learning new things about their spacecrafts, the planets in our solar system, and even space itself.

The latest multi-planetary explorations by commercial and private aerospace organizations have presented a unique opportunity for remote collaboration technologies such as ThirdEye’s X2 MR Glasses and RemoteEye Platform. With hands-free augmented reality technology that also offers a heads-up display, space technicians creating the initial moon bases for permanent occupancy can stay ahead of rising challenges. Furthermore, ThirdEye’s “see-what-I-see” platform has the ability to connect remotely-located senior engineers, scientists, and technicians with frontline astronauts for increased collaboration and expert knowledge transfer from afar.

With innovative smart glasses technology by their side, astronauts in space can streamline operations while constructing humanity’s first fully operational bases on new planets. By introducing live annotations in their FOV, audible and video communication from specialists back on Earth, and the ability to reference digital documents (such as diagrams/schematics), dreams of multi-planetary exploration could come true even faster than we think.

Wherever these space exploration projects end up down the road, we are certain that augmented and mixed reality technology will play an ample role in defining humanity's future among the stars! The ThirdEye team is excited to see how today’s leading technologies will overlap in the near future and hope that someday we may all have a vacation house of our own on Mars. But until then, subscribe to ThirdEye’s newsletter to stay up to date with the latest developments in the world of augmented and mixed reality technology.

10 Things You Didn't Know About ThirdEye